Join us for this month’s edition of Pegasus Reading Series.

About us: Pegasus Reading Series was founded and curated by the poets Robert Torres and Sebastian Paramo in 2014. When Torres left in 2015, Courtney Maries joined Sebastian to host & curate the series. In 2016, both poets joined forces to organize and curate Deep Ellum Lit Hop.

The mission of Pegasus Reading Series is to bridge together literary communities and writers in Dallas and across the nation.

CONOR BURKE holds an MFA in poetry from the University of Maryland and is currently a Teaching Fellow and Ph.D. candidate in poetry at the University of North Texas. He has served as Managing Editor and is currently Production Editor at the American Literary Review. His work has been supported by scholarships from the Bread Loaf Writers’ Conferences, and has found a home in Bellevue Literary Review and Birmingham Poetry Review.

BRIAN CLIFTON co-edits Bear Review. His manuscripts have been semi-finalists and finalists in several book contests, including: The Crab Orchard First Book Prize, The Akron Poetry Series, The National Poetry Series, and The Kathryn A. Morton Prize. His poetry can be found in: Pleiades, Guernica, Cincinnati Review, Barrow Street, Prairie Schooner, BOAAT, and elsewhere. He is an avid record collector and curator of curiosities.

LISA HUFFAKER is a poet, musician, and visual artist. Her poems have been published in Southwest Review, Poet Lore, Measure, Able Muse, Southern Humanities Review, and many other journals. She won the Morton Marr Poetry Prize, and has been nominated for the Pushcart Prize. Her last project, White Rock Zine Machine, in which she transforms retired vending machines into whimsical sculptures offering tiny books by local writers and artists, has been celebrated in D Magazine and The Dallas Observer. A classical singer by training, she sings with the Dallas Opera. She served as Visiting Artist at the Dallas Museum of Art last summer, where her installation, Sound/re:Vision, invited visitors to interact with a Music Box Zine Machine, compose their own chance-music, and create zines inspired by a playlist ranging from opera to gamelan. 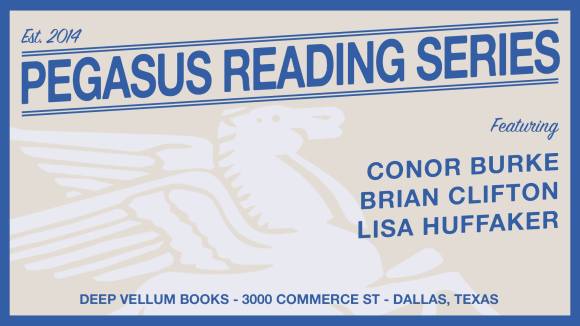